California is facing a severe housing crisis. The problem can fixed partly by allowing homeowners to put up more granny flats. This is according to housing experts. Maybe Californias new ADU law can help? Through the construction of ADUs, homeowners are helping to resolve the issue. This is because ADUs are a less costly option compared to the cost of putting up a single-family unit. California legalized residents to put up “granny flats” in 2017. Since then everyone has shown interest in the construction of the ADUs. When it comes to the restrictions, they seem to back away. The Governor of Californias have signed new bills into the ADU Law. The new regulations are being introduced through three bills. These are Assembly Bill 68, Assembly Bill 881, Assembly Bill 670. In addition, Senate Bill 13, which is a combination of the AB 68 and AB 881. 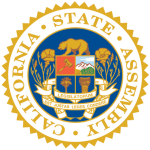 The Assembly Bills 68 and 881, seek to scrap away the requirements on the minimum lot size for of ADUs. These assembly bills are also pushing for a reduction of the maximum setbacks applicable to an ADU, to 4 feet while increasing the size limit on ADU construction substantially. The Governor signed the bills (AB68 & AB881) into law October 10, 2019. California residents can now enjoy quick approvals as the bills will introduce a maximum approval time of only 60 days.

The new law set to allow property owners to put up two ADUs on multi-family properties. Through the new ADU law, California State Legislator is focusing on easing the process of building the backyard cottages, by removing some of the remaining barriers. This means that thousands of residents will soon enjoy a more affordable housing option.

The AB670, signed August 30 2019, is another notable development when it comes to the change of laws governing ADUs in the state of California. Through AB 670, the legislators are focusing on curbing the HOA restrictions on construction of Accessory Dwelling Units. The Homeowners Association is governing an estimate of 5 million units according to state researchers. Therefore, the HOA has the power to impose reasonable restrictions on construction of ADUs. This includes approving styles and designs and prohibiting them from enforcing rules that make it difficult to put up the ADUs. Through the AB670, the goal is to ease these restrictions, attracting more homeowners to build the ADUs.

According to Senator Wieckowski, Senate Bill 13 (SB13) will help more homeowners achieve their goal of putting up the small unit on their own property. The senate felt that the state should encourage this behavior as opposed to slapping homeowners with excess fees, and owner-occupancy requirements. Therefore the Senate has been pushing for a reduction in the ADU impact fees. Because this has been a major drawback for the homeowners seeking to put up backyard cottages. This is a great move by the senate. Owner-occupancy requirements are now gone, it is also creating an amnesty program for the existing un-permitted units.

Property owners are the biggest winners with the SB 13 passed into law. The proprietors are positioned to benefit as they can add ADUs to current projects. In addition, developers will enjoy timely approvals and a reduction in the approval fees.

Since the Governor now has signed the new bills into law, it will be easier for property owners to put up ADUs. The new laws are set to ease the housing problems in the State of California. It is expected that other states will soon start drafting similar laws, in a move to ease the housing crisis, which is a national problem.